Each year, more than 300 local companies and organizations participate in the annual campaign. In 2016, a $265,000 Challenge Grant, sponsored by Caterpillar Inc., CEFCU and UnityPoint Health – Methodist | Proctor, matched new or increased contributions expanding the Heart of Illinois United Way’s base of support. For this past campaign, there were 20 new corporate gifts and 23 new employee campaigns; 57 organizations increased their contributions to the United Way by 10 percent or more.

“The people of central Illinois are one of the most generous in the nation. Compared to the largest United Way organizations across the United States, we are one of the smallest metropolitan populations to raise more than $11 million annually. The results of our 2016 Campaign are because we continue to expand our base of support with local companies and donors. It is our mission to be good stewards of our community’s charitable investments and provide a reliable and steady source of income for our partner agencies,” Michael Stephan, Heart of Illinois United Way President, said. 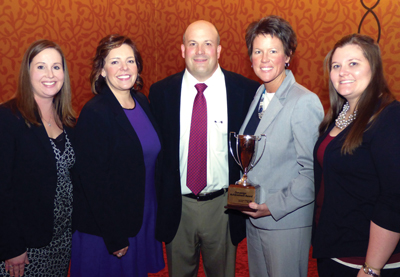 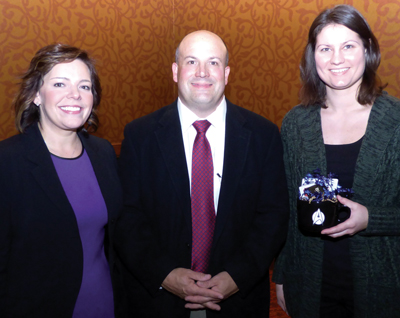 Congratulations to Kathy Donoho at RSM who was presented the Campaign Coordinator of the Year honor. Our thanks to Target, Biaggi’s and JCPenney for donating the prize. L-R, Katie McCord Jenkins, Tom Jenkins and Kathy Donoho.

A few highlights from the 2016 Campaign include:

The Heart of Illinois United Way changes lives and improves our community by mobilizing people and resources to positively impact the areas of education, income and health for the people of central Illinois. While our local community continues to face challenging economic times, it is critical that the Heart of Illinois United Way raise the maximum amount of dollars to support vital health and human care programs.

A special thank you to Jeffrey Alexander a client at CWTC for creating a custom piece of artwork to thank our 2016 Campaign Chairs, Tom Jenkins and Katie McCord Jenkins. Above, Heart of Illinois United Way President, Michael Stephan, thanks Katie and Tom at the Celebration on January 31. 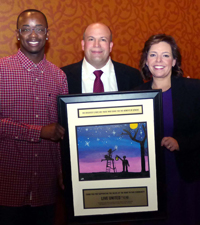 L-R, Jeffrey with Tom and Katie.